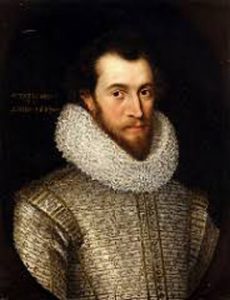 Welcome to June’s edition of the Red Book of Scotland update.

Research continues apace and I am pleased to announce those new additions to the series listed below. While some were quite straight forward to compile, others certainly had their challenges, not least those of Keith of Inverugy, Preston of Craigmillar and Stewart of Invernahyle.

Along with a number of other very interesting finds made during this month, including the existence of the excellent The Cheesery in Dundee, the significant highlight has to be that evidence proving the existence of Sir Edward de Keith, "the son" and his wife, Christian de Menteith, within 15th century documents. This revises and in the process, clarifies a centuries-long problematic area within the genealogy of the Keith, Earls Marischal, as well as the succession by the Erskines to the Earldom of Mar. Hitherto, the generally accepted version has stated that a single Sir Edward de Keith had been twice married, firstly, before 1305, to Isabella, the sister and heir of Andrew de Sinton, by whom he had male issue which included (1) William, Marischal (2) Sir John, 1st of Inverugy, and secondly, by 1342, to Christian, sister of Sir John de Menteith, by his wife, the heiress of the Earldom of Mar. This new evidence, though, proves not only the existence of a son, also Sir Edward, but also that it was he and not his father who married Christian de Menteith. Full details will be included within the Keith, Earls Marischal, entry in the Red Book.

Continued research has also brought new information of relevance to existing entries in the series to the surface and once updates have been completed, they will be included in future editions of the work.

Thank you for your continued interest and support.

New additions to the series:

Law of Pitillock <free to view>

Marshall of Hilcairney <free to view>

Preston of Airdrie and Prestonhall

Already have the volume and would like an updated edition? As always, updates are free of charge. Contact me at contact@redbookofscotland.co.uk for further details.

Protocol Books are a first-class source of genealogical information and are a must-have for any researcher to have at their fingertips. Many of those still extant commence in the 16th century and a broad range of documents are to be found within them including Bonds, Notarial Instruments narrating certain points of importance, and marriage contracts. Although a number of books have been transcribed and published by the Scottish Record Society, those amount to the tip of an iceberg, and within the National Records of Scotland alone are two hundred and thirty-six such books ranging in date from 1510 down to as recent as 1936. These can be found under the NRS catalogue reference NP1. Digital editions are available via TannerRitchie publishers and the following examples are available free to download:

Exciting things are happening over at TannerRitchie Publishing including;

What is the SSNE Database and Who is in it?

The SSNE database is an online research tool which originated as a facility to store data for two researchers at the University of Aberdeen's Scotland and Scandinavia Project (1995-1999), Prof Steve Murdoch and Dr Alexia Grosjean. After establishing the viability of supporting an online database, the authors decided to make access free to the wider research community. Funding was secured through the AHRC Centre for Irish and Scottish Studies to trial the database online for a period of four years (2000-2003), during which time it was, again, hosted by the University of Aberdeen. While this proved successful, there was no long term support provided as part of that project. Now based permanently at the University of St Andrews, the database represents an ongoing project of interest to historical researchers, human geographers, genealogists and those with an interest in the development of online research and/or teaching tools. The SSNE Project is supported by the St Andrews Institute of Scottish Historical Research.

The SSNE database comprises of information relating to c.8000 individuals from Scotland, England, Ireland and Wales who migrated to or worked in Denmark-Norway, Sweden (inc. Finland), and the Baltic countries between 1580 and 1707. They represent the military, naval, diplomatic, intellectual, mercantile and social elite from the British Isles who operated in northern Europe. The names included here are drawn from a variety of primary and secondary sources. Their entries are being constantly updated and added to as new information becomes available.

That's it for this month, folks. Should you have any questions, queries or suggestions for inclusion in these updates then please do feel free to drop me a line at contact@redbookofscotland.co.uk