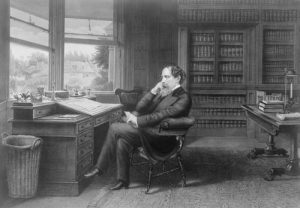 The Red Book of Scotland project is only one aspect of my overall research activities. I have over thirty years continual experience as a Record Searcher and over that time I have dealt with an extensive range of historical material from within a wide variety of sources. I have also;

I offer a full range of research services which include;

In addition to research, I also continually undertake transcription and translation work from documents ranging in date from 12th century to the present day. As well as that I regularly am commissioned to inventory collections of historical papers. Such work as this commonly ranges from an entire collection to single items, including single hard to read entries from OPR registers and Testaments.

Costs: As each case is unique there is no standard fee. For further information please complete the form below and we will get in touch with you to discuss further.

“Gordon MacGregor has been of tremendous help to me regarding seventeenth and eighteenth century Scottish family members. When I reached a dead end in my research, Mr. MacGregor was able to locate documents that elucidated what I wanted to know. His endeavors exceeded my expectations. I’ve also found his Red Book an invaluable resource in making genealogical connections among numerous families. Any serious researcher would be well advised to consult with Mr. MacGregor to enhance his/her research.” John Altobello, Ph.D., M.A., B.A. Architect, Cambridge, Massachusetts, USA.

“Gordon has done extensive work for the Clan Donnachaidh Society. He succeeded in proving the descent of the Robertsons of Struan from the Celtic earls of Atholl for the first time, which earlier researchers had thought impossible, as well as showing how the cadet families of the clan are linked to the chief. Similarly he demonstrated the lines of descent from the Earl of Buchan for several of the Stewart lairds of Atholl, a discovery that many earlier genealogists had failed to detect. I know of nobody else in Scotland with his expertise and skill in genealogy.” James Irvine Robertson, Author, Journalist and Broadcaster.

“Gordon MacGregor was commissioned in 2014 by the Clan Wood Society to conduct research into the accuracy or otherwise of our knowledge of the chiefly family, the Woods of Largo, Fife. He achieved his brief over a period of just over 12 months, during which he found and connected some missing dots in the succession picture and removed some misleading 17th and 19th century guesswork that had been obscuring the facts. He did so not by indulging in short-cutting speculation but by seeking only consistent primary evidence that can be relied on by the Court of Lord Lyon, chroniclers and researchers in the future. We would have no hesitation in recommending his services to any enquiring organisation or individual." Nick Wood, (Secretary, Clan Wood Society).

"We first contacted Gordon MacGregor in 2013 about a Campbell line that had led us to a brick wall and had defeated a registered Researcher. Gordon took over. He combined our information and family traditions with the primary sources and found we were descended from the Campbells of Inverveich and Edinample, both of the Campbells of Glenorchy. We received this extensive information clearly set out in table form with all the primary sources listed below. Gordon also gave us extra relevant information, photos and the names of books and papers that he had found while researching. In 2017 we contacted Gordon MacGregor again to research a MacDonald line. The primary sources found to date have exceeded our expectations. He has also transcribed some difficult archaic documents, translated a Latin one for us and answered many questions. He is courteous and his work is very thorough and professional. I have no hesitation in recommending Gordon MacGregor for any research.” Carol McKay, author, New Zealand.

Whatever your research needs may be, I am sure to be able to help.  Drop me a line and I look forward to helping you in your own research activities.